We Won a Telly Award! 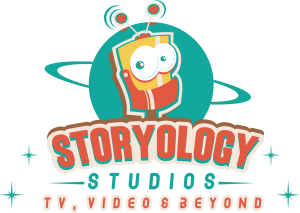 Storyology Studios just won a Telly Award for a promo video produced for Galaxy Elementary School. A Telly is kind of like the Emmy of promo videos. You can see the video HERE.

The school is absolutely ah-ma-zing!Seriously, check out the video and you’ll see what I mean. Kenny as Will Try…Some Science Guy, in the Galaxy El Video

We’d like to thank the School District of Palm Beach County for bringing us in on this project. And thanks to all the teachers, administrators, staff, and kids at Galaxy who put up with us and our camera crew for weeks on end. (It’s incredibly how much footage we shoot for a ten minute video!). Winning awards is always nice, but what’s really cool is bringing more attention to this school and community.

We were honored to help tell their story.